Fans of JYJ Junsu have raised their voices in protest, after the April 26 broadcast of KBS 2TV “Gag Concert” censored the singer’s name. “Thinking of his [current] stage name, we only censored out ‘XIA,’” said the producer of the show.

In the skit, comedian Park Sung Ho says, “When male celebrities play soccer Minho is manly, XIA Junsu is cool, and Lee Duk Hwa is…,” where “XIA” is noticeably muted.

Fans responded in the show’s online community: “To both the singer and fans, this is offensive!!! You need to apologize,” “It’s not like XIA Junsu is a criminal,” “What exactly did he do so wrong that you need to censor his name? I don’t understand.”

END_OF_DOCUMENT_TOKEN_TO_BE_REPLACED

On 29th April, the first Death Note Musical ticket sales will begin.
Did you remember?! 🙂

Tomorrow on the 27th, Monday afternoon-
We will be releasing the MV of Junsu as ‘L’!

There will also be MV for ‘Misa’ Jung Sun Ah and ‘Light’ Hong Kwangho in the future
공개될 예정이오니 많은 기대,응원 부탁드립니다!! 🙂

JYJ’s Kim Junsu wrapped up his musical performance for December.

C-JeS Entertainment, JYJ’s agency, announced on February 26, “Kim Junsu finished his last performance for music December in Daegu on February 25. Taking the role of Yoon Ji Wook, he acted out the character both in his twenties and forties throughout the musical, proving his range in acting.”

At the end of the final performance, the JYJ member said, “Today is the last day of performance for December. By performing in Sejong, to Busan, to Daegu, I realized that the power of musicals comes from the audience and I feel grateful. It was an honor to be able to perform on the same stage as other great actors. Thank you for showing your love for Ji Wook.”

END_OF_DOCUMENT_TOKEN_TO_BE_REPLACED

JYJ’s Kim Junsu has become a hot topic for showcasing his explosive vocal talents at a wedding ceremony.

A video was recently uploaded on YouTube with the title ‘Even Wedding Songs Can Become a Work of Art with Junsu’.

The video shows Kim Junsu singing his own interpretation of H.O.T’s ‘Blessing’ at his cousin’s wedding, giving his all for his relative’s celebrations.

With blond hair and a clean-cut black suit on, Kim Junsu drew attention for his wedding guest attire as well. His proportional body and small head had him landed in the ‘Problematic Guests (for drawing too much attention)’ list.

END_OF_DOCUMENT_TOKEN_TO_BE_REPLACED

Kim Junsu has brought his music and magic to Taiwan.

On June 22, upon arriving in Taiwan, Kim Junsu headed to the Grand Formosa Hotel to hold a press conference with the local press.

Before the press conference, a sampling of Taiwan’s famous foods including pineapple cake, bubble tea and more were prepared for the singer who sampled each fare.

Regarding his solo activities, Kim Junsu shared, “We performed as JYJ last year and I have returned in a year as a solo artist to Taiwan so it’s a new feeling. I’m very happy and grateful by the warm reception. I promise to give a great performance.”

On his thoughts as a solo artist, Kim Junsu said, “There’s a lot of pressure but there’s a lot of anticipation as well. The fact I had to perform alone and show my individual colors more was a bit burdensome at fist. It’s true I still feel slightly awkward about it. I always rested with the two other members in our hotel and had conversations On my tour I think of the JYJ members often.”

Kim Junsu will hold his concert in Taiwan on June 23. 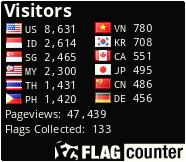 ETERNALLY 5
Create a free website or blog at WordPress.com.